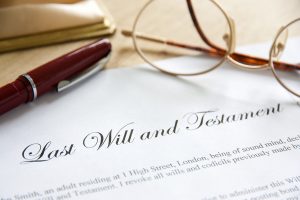 Losing a loved one, especially a parent, is a difficult thing to deal with. Not only is grief hard to handle, but the average average cost of a funeral in 2020 is estimated at $7,400, and it’s only gone up since then.

Things only get more complicated if your parent was an intestate, or died without making a will. Many people are unsure what to do when a parent dies without a will.

Since there is no final word as to how the person’s estate is settled, various friends and relatives are free to claim anything, and fighting can be the result.

This raises an important question. How do you deal with an unresolved estate without damaging your relationships? We’ll give you some advice in the paragraphs below.

The first part of understanding what to do when a parent dies without a will is to know what a will is and what its limits are.

We all have a basic idea of what a will is. It’s a document that states what someone wants to be done with their possessions when they pass on.

This includes anything the person was a co-owner of as well as any type of account that is payable or transferable on death. A will also cannot contradict any type of document in which a beneficiary has already been named.

2. Filling the Role of Executor

The first major step to distributing property when a person has died intestate is to find an eligible executor. In most cases, the executor will be the closest living relative to the deceased person.

If they were married, and their spouse is still alive, the role of executor may go to them. If the person was not married, the next logical choice may be children, parents, or siblings.

While inheritance laws are largely the same from one state to the next, various differences in wording and specificity may change the nature of things. For instance, while some states specify a spouse, others recognize partnerships, meaning that the couple doesn’t need to be married to serve as executors for each other.

In most cases, a few other basic rules must be met.

If an appointed person is unwilling to fulfill the role themselves, they have the authority to appoint someone else to the position. It is also possible to decline the role entirely and allow it to go to the next person.

If there is nobody to fill the role of executor, the job will go to the state. The good news is that this tends to be rare. 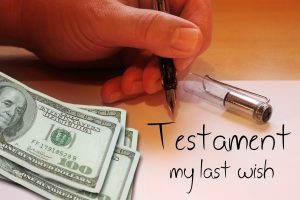 For instance, an earlier example mentioned the rights of domestic partners when it comes to naming an executor. They face the same situation in regards to inheritance. In some states, they are able to inherit from each other while other states do not recognize such a right.

Other laws regarding inheritance are far less controversial. Close relatives will almost always be favored over more distant ones. Ex-spouses are not entitled to inherit if there is no will. Friends and caregivers who are not related won’t inherit, either.

Basically, that old movie plot of a rich recluse dying and leaving everything to a distant relative who’s never heard of them is next-to-impossible.

Most states will also refuse inheritance to people who have mistreated the person in certain ways. For instance, it should come as no surprise that you are not entitled to inherit from anyone you have killed.

Abuse and neglect will also disqualify you in most cases.

If no relatives can be found that are qualified to inherit from the deceased person, the money will go to the state. 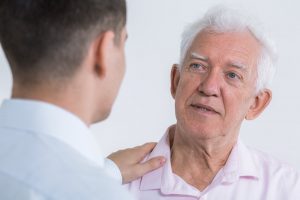 Funeral plans are often not mentioned in a person’s will. However, cremation can come into play when it comes to deciding who gets the ashes.

The good news is that this is often much simpler to deal with. Unlike most possessions, ashes can be divided up so that each eligible person can receive a portion of them.

Hopefully, the only conflict that will arise in regards to cremation will be over who gets which engraved cremation urn.

Sometimes, whether there’s a will or not, a person will have documented their preferences for a funeral. Others have not, in which case it falls to the family to decide.

Hopefully, this will not cause any issues or arguments among the family, but it could, so it’s best to have a plan to resolve conflicts. Be willing to compromise and give up a few things to get your way about another.

What to do When a Parent Dies Without a Will

Deciding what to do when a parent dies without a will becomes a lot easier when you understand the inheritance process. There are a lot of steps to this, but it’s definitely worth understanding.

Of course, you can avoid this whole confusing process by making a will for yourself and encouraging others to do the same.

If you want to know more about investments, business, and managing money, please visit our site.

Around 150 million travelers use Airbnb every year, proving how popular the company … END_OF_DOCUMENT_TOKEN_TO_BE_REPLACED