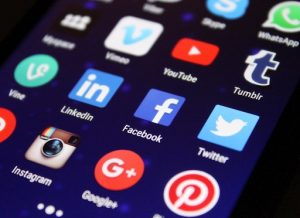 2020 has been a difficult year, to say the least. With the global pandemic wreaking havoc on economies worldwide, the stock markets have been volatile and unpredictable. This trend has continued across to companies who rely heavily on advertising, as consumers and businesses have tightened their belts amidst global financial uncertainty, and advertising is often one of the first costs to get cut.

Social media companies notoriously rely heavily on advertising and this has therefore impacted their revenues in a big way. Thanks to 2020, Twitter’s revenue dropped by 19%, as advertising sales plummeted a drastic 23%. Due to this, as well as higher costs, Twitter has reported a net loss of a whopping $1.2 billion so far in 2020. This is in stark contrast to last year, when net income in Q2 amounted to $1.1 billion. At this point, it’s safe to say that advertising has taken a massive blow from the pandemic and will need to begin clawing its way back as businesses slowly recover, and part of this recovery will require companies to be more innovative. For example, Twitter plans to capitalize on advertising opportunities and sponsorship around live sporting events, since fans won’t be able to attend games.

All is not lost

However, things are looking up for the social media giant in other ways. Twitter managed to grow its daily active user base by 20 million new users, which is a sizable 34% increase year-on-year, in Q2 of 2020. All things considered, that’s a big win for Twitter, and bodes well for the company’s path to financial recovery from the pandemic blow as Twitter stocks already rose by 5.8% following the announcement. 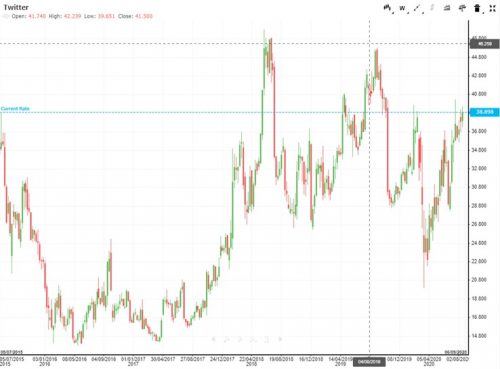 The platform is commonly used for conversations around current affairs and happenings around the globe, giving users the freedom to express their views, which includes input and opinions from high profile people as well as organisations. A worldwide pandemic generates huge levels of conversation, prompting droves of people who are looking for current news and information to visit and interact. This situation fits perfectly into the space where Twitter sits and could only mean that more people can use the platform to stay up to date.

Twitter CEO Jack Dorsey had this to say in his shareholder letter: “The elevated usage of our service presents a tremendous opportunity to serve the public conversation and to be where even more people go to see what’s happening.”

In another turn of events, investors are paying close attention to the social media company, as they have entered preliminary talks with TikTok about taking over its US operations. This comes off the back of President Trump banning TikTok’s parent company, ByteDance, from the US, and the company then being forced to sell to an American company. Twitter could be going head to head with Microsoft, who have also entered discussions with ByteDance, on this potential acquisition.

In a similar vein, Facebook, being heavily reliant on advertising, was also impacted by the virus at the beginning of the year. However, since the large economic-related dip in March, the company has soared upwards by 65%, to land at $245 per share. The increase is largely due to the Fed’s multi-billion dollar stimulus package, and increased market confidence. Facebook has also recently invested in Reliance Jio, opening up the market in India for various telecom services. There has recently been a movement against Facebook, in terms of getting advertising paused for various policy-related reasons. However, this is not expected to impact the company’s revenue to a large extent, as Facebook relies more on small-to-medium businesses for advertising revenue. All in all, the social media front runner continues to come out on top, pandemic or no pandemic. 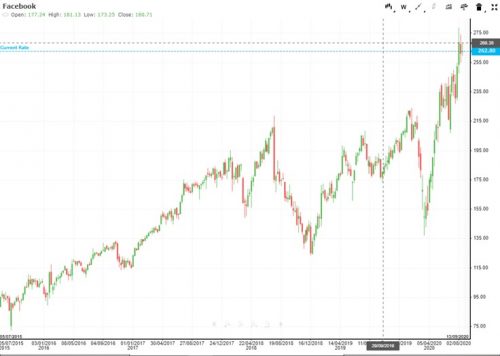 As a business owner, profits are extremely important but on top of that, you want your employees to … END_OF_DOCUMENT_TOKEN_TO_BE_REPLACED

If you're looking to open your own hotel, you've come to the right place. This blog post will … END_OF_DOCUMENT_TOKEN_TO_BE_REPLACED

Working in the chemical industry can be a dangerous job. There are many risks involved with working … END_OF_DOCUMENT_TOKEN_TO_BE_REPLACED

Disruptions to your business can come in all shapes and sizes. Sometimes, they are relatively minor … END_OF_DOCUMENT_TOKEN_TO_BE_REPLACED

Things have changed since the old days of business. In the old days, everything was done manually, … END_OF_DOCUMENT_TOKEN_TO_BE_REPLACED