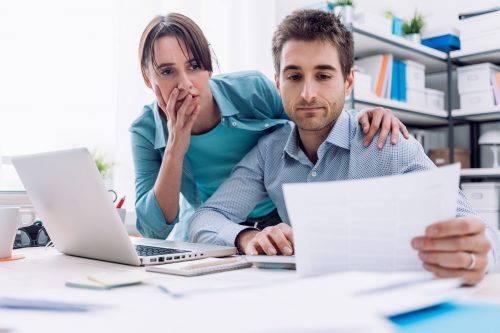 Getting married is exciting!

Many people look forward to their wedding day for years before they even meet the person they’re going to marry. Unfortunately, once people find their future spouse they may not discuss one of the biggest issues a newly married couple will face.

Don’t set yourself up to have a major money fight soon after you’re married. There is no right answer to whether you should or shouldn’t help pay off your spouse’s debt after you get married. However, I do think you do need to be on the same page. Here’s what you should consider.

What Is the Cause of the Debt? 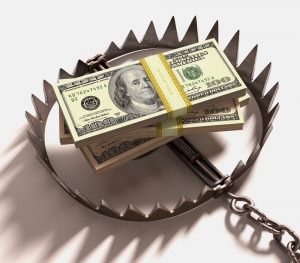 I firmly believe the cause of the debt should be a huge factor in deciding whether to team up to knock it down together. If your future spouse’s debt is a good type, such as a reasonable mortgage or a reasonable amount of student loans used to further their earning potential, then teaming up to pay off it off may make sense.

Paying off bad debt could help your future spouse learn to avoid repeating the same money mistakes in the future. For example, if your future spouse is bringing a $10,000 credit card bill to your marriage due to a bad impulse shopping habit, they may need to conquer it themselves. Of course, that isn’t always the situation. Your future spouse may have hit rock bottom and already reformed their spending habits but still have a large amount to pay off. If that’s the case, teaming up to pay it off might be the responsible thing to do.

How Will You Run Your Finances? 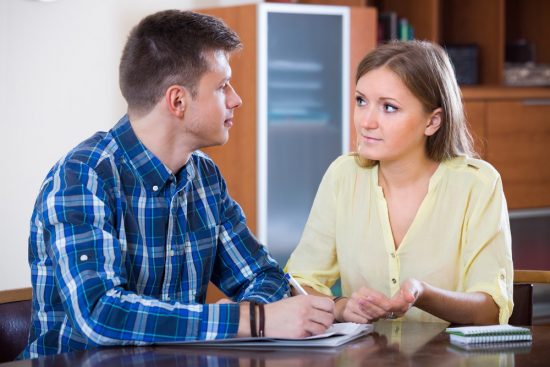 The cause of debt isn’t the only factor you should consider. A big part of deciding whether or not you should help pay off your spouse’s debt depends on how you plan to manage your finances after marriage. You might be planning to combine your finances after you tie the knot. If so, you’ll probably end up combining your debt, as well.

My wife and I combined our finances, including our debt, when we got married. It worked out great for us. It is important to get on the same financial page.

“We found that working together as a team to pay off her $80,000 of student loan debt helped us grow closer as a couple.”

At the same time, we were able to knock it out that much faster than she could have by herself. You could be SOFI get good rates if you refinance your student loan through a special partnership with Fortunate Investor.

Not everyone chooses to combine their finances when they get married like we did. You may decide to keep separate finances after you tie the knot. If that’s the case, many couples decide to keep their financials separate. To some, it seems logical that the person that incurred the expenses should be the one to pay it off. It isn’t always that simple.

Keeping debt separate may cause resentment later in your relationship, especially if there is a large amount involved and your partner has no debt at all. In fact, your partner could easily be spending money on fun toys while you’re stuck making loan payments. It’s entirely possible your partner may unknowingly tempt you to spend money that should be used to pay debt. For instance, your spouse may be able to afford their half of a swanky vacation. Unfortunately, you may have to put your half on a credit card to go, making your situation even worse.

Debt Will Affect Your Marriage Regardless of Who Technically Owes 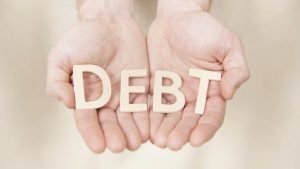 It’s important to remember that deciding who should pay off debt after marriage isn’t a competition. When you get married, two people become one family. That means you need to start making decisions as a family, too.

Don’t let pride keep you from accepting the help of your spouse. If your spouse is willing to help, let them help after you get married. At the same time, don’t shame your spouse for their past decisions that caused them to incur their liabilities in the first place. If they’ve fixed the issue that caused them to get into debt, consider helping them. Assist with paying it off so you can have a brighter financial future as a couple.

In the US, we pay for our healthcare. In fact, we pay through the nose for even the smallest … END_OF_DOCUMENT_TOKEN_TO_BE_REPLACED

E-commerce is proliferating in virtually every industry around the world. Although it only … END_OF_DOCUMENT_TOKEN_TO_BE_REPLACED

Financial problems arrive in all shapes and sizes. From a loss of income to medical emergency … END_OF_DOCUMENT_TOKEN_TO_BE_REPLACED

Cars aren’t worthy investments. You know that because you’ve been told for years to avoid vehicles … END_OF_DOCUMENT_TOKEN_TO_BE_REPLACED

Does your life look like an episode of "Hoarders?" Stop before you throw another piece of junk on … END_OF_DOCUMENT_TOKEN_TO_BE_REPLACED