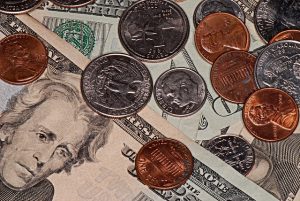 A decent monthly wage. That is the foundation of financial stability for which most people look. However, the job market in recent years has changed almost beyond all recognition. In fact, there are now multiple avenues to achieving a monthly income, some more regular and consistent than others. A topic you can read more about in the post below.

The traditional 9-5, 8-6, or any regular shift pattern rewards consistent hours with a steady wage. In fact, many people prefer this type of job precisely because they can rely on the amount of money sitting in their pay packet at the end of the month. Money that is then used to pay for their expenses in the upcoming month.

Of course, there is a wide variation in the amount of wages you can expect, something that often depends on a range of factors. These can include the company you work for as well as the level of professional qualifications needed for your job. Your length of service will also have an impact, as will how much responsibility you have on a day to day basis.

Additionally, not all regular jobs pay in the same way. In fact, in some, you can earn a base rate and then achieve OTT earnings on top of that. This is what is usually referred to as commission. It tends to be awarded in sales-related roles where the motivation of additional rewards can make a big difference to the business’s bottom line. Something that those with significant skill in sales can definitely use to boost their income. Although, commission is rarely regular, and it may mean your income varies wildly from month to month. 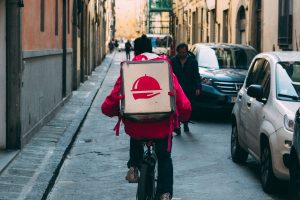 The next option to consider when looking to earn a regular income is the gig economy. This is where you are for all intents and purposes self-employed, picking up work on a job by job basis. However, the gig economy is slightly different from the traditional freelance approach because it is usually the companies that are paying for the work that set the costs.

Also, some business in the gig economy directly provide work to the people that they partner with. The advantage of this is that workers do not have to waste their own time sourcing jobs. Something that makes it a lot easier to achieve a consistent, regular wage each month.

Of course, there are disadvantages to this type of work as well, including the fact that it doesn’t include sick leave or paid holidays. Additionally, in this situation, businesses tend only to offer a low amount per job. Whereas if the worker chose to freelance and find their own projects, they could ask a much higher fee. Something that means workers often sacrifice higher wages for more consistent ones. 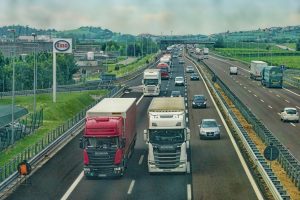 Many people think that agency work is only suitable for temporary assignments, but that certainly isn’t the case. In fact, there are many industries where people choose to work via an agency (for different employers) on a full-time basis, including trucking, nursing and even cleaning.

Of course, the regularity of the paycheck and the work you get does, for a large part, depends on the agency you work for. With that in mind, you must watch out for agencies that will only pay you if you have jumped through multiple hoops. Instead, its best to pick an agency like this one that focuses on truck driving jobs that guarantee a weekly pay amount, as well as provide the opportunity for bonus amounts.  Then you will be both guaranteed a regular wage and be able to increase this as you go, giving you the best of both worlds.

Freelance work is probably one of the harshest forms of employment for regular income. In fact, because you have to source your own work you can quite easily have too much to handle one week, and nothing the next. A situation that can cause not only stress but can also lead to a significant disparity in weekly pay.

Additionally, as a freelancer, you will have to chase the payment of your own invoices, as you will not have a company doing this for you. Of course, depending on your clients, this can mean you end up waiting far longer than you actual invoice terms to get paid. In fact, most people are aware of the horror stories online where freelancers proofs have been used, and they never get paid.

Happily, there are some tactics you can use to minimize this risk. One is to ask for 50% of your fee at the beginning of the job. This being an action that can help weed out the less serious clients. Is it also possible to factor your invoices too, which can work particularly well if you have a tricky client that won’t pay. Although, even with these safeguards, getting a regular wage as a freelancer can be a tough call.

Finally, when it comes to modern ways of achieving regular earnings, we do need to discuss passive incomes. Of course, these are very different than anything else discussed here because there is a separation between when you do the work, and when you can expect to be paid for it.

In fact, a passive income tends to be characterized by a reasonable investment of time or money in the beginning. With little of either needed after that. The idea being that investment brings in wealth in smaller amounts over the long term. Something you can see at work with AirBnB style investments, or even for those that write ebooks and then sell them online.

Of course, it is the frequency of purchase that dictates how profitable such endeavors can be. With more nights booked or more books sold, meaning a higher rate of income. Unfortunately, guaranteeing a regular income with this method can be tricky because it can often be dependent on factors outside of your control, such as the season.

In fact, that is why many people choose to set up passive income as side hustles for additional money. Rather than as their sole source of income on which they rely.

Are you interested in learning about the ongoing Bitcoin vs Gold debate? Investors looking for … END_OF_DOCUMENT_TOKEN_TO_BE_REPLACED

Buying a home is a big investment, and if something goes wrong, it can have serious effects. This is … END_OF_DOCUMENT_TOKEN_TO_BE_REPLACED

Did you know that an astounding 36% of US workers are now part of the gig (freelance) economy? If … END_OF_DOCUMENT_TOKEN_TO_BE_REPLACED

Running a business involves taking on responsibility for the safety of employees and customers. If … END_OF_DOCUMENT_TOKEN_TO_BE_REPLACED