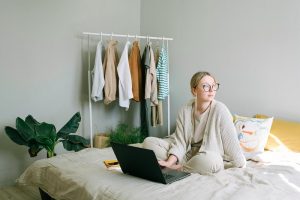 Time and time again these days, we’re bombarded with suggestions for top side hustles that are guaranteed to see us earning in as little as 4-5 hours a week.’ It’s the dream, and it’s a goal that more of us than ever are currently working towards. In fact, as of writing, the idea of making money through an online sideline is so tempting that an astounding one in three Americans try it.

Unfortunately, despite somewhat elusive ‘runaway success stories,’ many of us find that actually, 4-5 hours a week is enough to provide a small trickle of income if that. Worse, the effort you put in to achieve that goal is very often not worth the work. It’s a crushing reality, that’s for sure, but this should by no means put an end to your side hustle dreams.

After all, recent years have only seen the side hustle gaining momentum, and with good reason. Never has there been more opportunity to make your own mark and break away from traditional employment! Unfortunately, as many of those so-called side hustle success stories will tell you, it often takes between 40-50 hours of work in the beginning to make that possible. That’s time that few of us have to play with, and it can make side hustles suddenly seem daunting.

In reality, though, many of those big names managed to give their side hustle legs despite working full-time. And, they did it in the following ways.

Choose a side hustle that slots nicely into your day job

For high-earning entrepreneurs like Graham Stephan, huge online success came from utilizing day job skills to enhance side hustle prospects. By this, we obviously don’t mean that you should spend time on your side hustle during your working day. Rather, like Stephan using his real estate knowledge to start a personal finance sideline, you could benefit from putting your existing career skills to good use. This way, you aren’t starting from scratch, but rather building on what you already know. That can save you a huge amount of time/effort in building initial business know-how. Even better, you’ll already have the contacts and foundations in place that you need to see success. As simple as that, you could potentially start seeing returns and attention despite not being able to put in a lot of hours. You could even start writing down ideas that crop up during your workday so that you’re ready and raring to run with them the second you sit down of an evening, without needing to entirely recalibrate!

When many of us think about side hustles, we imagine sitting hunched over our computers in the dark hours desperately trying to get a project up and running. After all, we live in a society that values hard work, and what could be harder than literally burning the candle at both ends? Unfortunately, the impact of burnout is inevitable if you operate this way. Not to mention that there’s simply no way you’ll be able to dedicate the time necessary by just slotting a side hustle in at any old time.

Rather, dedicating the time you need to make a real impact here is all about scheduling your side hustle much like you would your day job. That way, you can step back and see how much time you have to play with vs how much time you need. Then, you’re at liberty to clear your lunch break, make use of your commute, or even ask for flexible work hours to make up any time discrepancies. As simple as that, you may at least find yourself able to make up part-time hours here, which should be plenty of which to build a solid side hustle foundation.

Find ways to get more done in less time

Along the same lines, it’s always worth finding ways to do more in shorter time frames. Even though our society values the ‘always on’ mindset, there’s clear evidence that people who experience burnout (an average 23% of Americans) are actually less productive, meaning that they put in more hours but still produce less work. Thus, pushing yourself to work all evening every evening could see your side hustle quite literally operating in reverse, or at least forever getting further out of reach.

By comparison, entrepreneurs who utilize techniques like the Pareto principle (that’s the 80:20 rule to you and me) stand a much higher chance at finding side hustle success. That’s because, despite working with a limited time frame, such individuals can produce 80% of the results in 20% of the time.

As well as ensuring that you afford yourself the downtime you need to recalibrate and avoid dreaded burnout, this technique and others like it, often utilized by the most successful entrepreneurs, ensure that you create an online side hustle with real value at heart.

Don’t do it alone

Whether you’re implementing the 80:20 rule or not, it’s also vital that you don’t fall into the trap of tackling your side hustle alone. Too often, we assume that side rangers have to be lone rangers, but that’s simply not always practical.

After all, even with your best time management and simplification techniques at hand, you can’t create a 50 hour side hustle when you’re working full-time. It’s impossible, and you would be mad to even try.

But, the simple act of bringing a partner or associate on board means that you can split that time commitment to a mere twenty-five hours each week between you. This much more reasonable responsibility is easily achievable, and thus far more guaranteed to reap results that could see you enjoying success here at last.

Online side hustles might not be quite the ‘easy’ solutions that we’ve been led to believe, but that doesn’t mean that you can’t still implement them without working yourself into the ground. All it takes is a pinch of know-how, a sprinkle of side hustle organization, and a whole handful of dedication to the cause.

You probably have charms, bracelets, necklaces, rings, and other accessories made of silver and … END_OF_DOCUMENT_TOKEN_TO_BE_REPLACED

In contrast to today’s more turbulent stock market, gold has recently been shown to be a source of … END_OF_DOCUMENT_TOKEN_TO_BE_REPLACED

Are you an investor looking to make solid investments? If so, you need to know about the current … END_OF_DOCUMENT_TOKEN_TO_BE_REPLACED

Exchange-Traded Funds, shortened to ETFs, are investment vehicles that allow investors to purchase a … END_OF_DOCUMENT_TOKEN_TO_BE_REPLACED