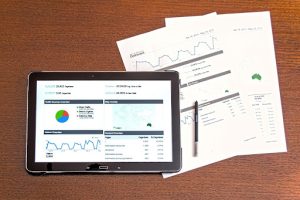 A lot has changed over the last few years and now that people have the option to return to how things were before, people are leaving their jobs in droves rather than continue on the same path. But why is everyone quitting their jobs? One simple answer, the office. If you are thinking about heading back to the office but don’t want to, here are some reasons why you are dragging your feet.

There is something very uncomfortable about the idea of having your boss looking over your shoulder again. Before, we never noticed it. But now, having your boss so close and watching over your work like you are a child doesn’t sit right with a lot of people. This overseeing of work is making people feel uncomfortable and they are finding themselves searching for examples of the best businesses to take over or start themselves so that they can ditch the boss once again. We understand that managers are there to manage people but it seems silly now that people have proved that they can work well independently.

Doing your job might not be that bad. You might actually enjoy the work that you do. But if you were forced to return to the office to work with your fellow employees, you might rip your hair out. As humans, we are told that we are social beings and need interaction. However, having to sit and listen to your workmates backstab and badmouth each other is very toxic and not great for your mental health. A lot of people leave their jobs because of the people that they have to work with. This could be a manager who is always over their shoulder or fellow employees who are just nasty.

How many people really enjoyed working from home? Be honest with yourself. A lot of people missed getting their morning coffee or window shopping on the way through the town. But, what else did you miss? A lot of people confessed their preferred working from home because they could wear whatever they wanted, could make their own coffee and lunches and could use their own toilet. The thought of getting dressed up to eat a soggy sandwich from a package, and having to use the public toilet at work was enough to send people running for the hills.

How many times have you felt that your workmates need to leave the office if they are going to mess around? How many times have you been in the zone and they have broken your concentration for something that you were not interested in? Having a lot of distractions can cause a massive dip in productivity. When some places did request that their employees return to the office, they found that the productivity levels dropped drastically. If you enjoy what you do, and found that you got your work completed in record time, your office might be filled with distractions that are making your work longer and can mean that you are better off working from home.

A lot of what has happened has shown some people that they are better off at home. With less traffic on the roads, there were fewer accidents. Not being forced to sit and share air with other people meant that diseases such as the common cold were almost a distant memory. Being in public as a woman has a whole heap of issues with regards to personal safety, and a lot of women felt safer not having to leave their houses as much. Of course, there are people out there who feel safer at work because of the abusive environment at home. A lot of offices are not set up for safe working and some have no plans to either.

Let’s take a second to acknowledge that we have all been through something terrible. Some people lost loved ones during the pandemic. Some people had their worlds turn upside down. Many people were forced to adapt quickly as they had to work from home and balance homeschooling too. There was a lot that happened. And, unfortunately, there are some employers who just don’t care. Their views on working from home are dated and they don’t care about the well-being of their staff. You might have dealt with a manager like this who is ignoring that the world was forced to shut down briefly but doesn’t care either. If this is their reaction to a global pandemic, it’s not surprising that they have employees leaving them in droves.

The rate at which the U.S. economy has grown over the past decade has been unprecedented. However, … END_OF_DOCUMENT_TOKEN_TO_BE_REPLACED

Having a modern, open and wide-ranging overview of the manufacturing industry is extremely important … END_OF_DOCUMENT_TOKEN_TO_BE_REPLACED