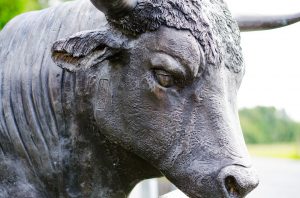 Investors had a relatively pleasant decade from 2010 to 2020. Stocks consistently rose, and volatility was, in general, low. Now, though, we’re facing a crisis of epic proportions, and investors are running for the hills.

The investing community hasn’t had to deal with a severe pandemic for over a hundred years. And, furthermore, the last one was wrapped up with WWI, which deflected some of the attention.

Today, though, the media keeps us informed of every chapter in the story, keeping our eyeballs glued to screens and our fear levels high.

There’s a general sense in the investor community that “this time is different.” Yes, there have been stock market corrections in the past, but this one looks like it will be bad – perhaps even worse than the Great Depression.

And to an extent, the pessimists are right: this time IS different. Pandemics are unique in the way that they cause economic damage. They reduce the supply of labor on the supply side. And they slash demand on the demand side by shuttering businesses and halting economic activity in vast segments of the economy.

But that doesn’t mean that the reaction in the stock market is justified. We simply don’t know how the dynamics will play out after an event like this. It could lead to another depression. But it could also lead to a massive demand-side boom once the authorities release people from their home prisons. 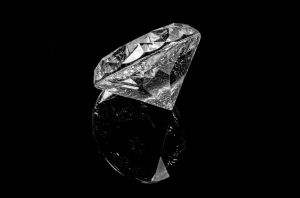 It is also important to note that there is a range of other forms of investing that you can use to build wealth. The singular focus on the stock market isn’t always helpful. There’s a world of other assets out there, many of which are on sale.

Take the housing market, for instance. Globally, the number of home sales is plummeting. But that doesn’t mean that it is a bad time to spend money. In fact, the opposite applies. Many people got very rich, investing in property in the aftermath of the financial crisis. And many more likely will after the pandemic subsides. Prices will fall considerably if demand dries up, making it easy to find a bargain.

Diamond investing is fast becoming another popular investment in these times of uncertainty. The reason for this comes back to the importance of storing wealth in physical objects. Right now, we don’t know what is going to happen to the supply of money. It looks like governments all over the world are going to try to print and spend their way out of the current crisis. You can understand why they’re taking that approach – it is the only option available to them. But the effects on the value of cash could be catastrophic.

Imagine, for a second, that the government prints six trillion dollars – two trillion for Mainstreet and four trillion for the bankers. When demand in the economy is low, and there’s a risk of falling prices, then this money will serve to hold up the value of the currency in circulation. But once life returns to normal, there will suddenly be excess liquidity in the system. And that will push up the price of the goods in stores. People who hold cash will lose.

For years, gold bugs have argued that inflation will occur. There’s so much debt in the system that it cannot possibly be paid off. Governments will eventually be forced to monetize it – or watch large sections of the economy die. So that is why all portfolios should have some hard assets, like diamonds, in them. Cash is NOT king. It’s not even a lowly prince. It is more like a political consultant who could stab you in the back at any time.

Technology Will Save Us 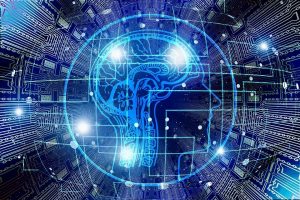 A lot of people like to deride the idea that “technology will save us.” For many, it is the source of all our problems. But a quick glance at history through the steely looking glass of reason tells you that isn’t the case. Technology saved humanity on several occasions – and will probably continue to do so.

If there is relatively little technology growth over the coming decade, then the recovery from the pandemic will be slow. Economies will struggle to bounce back, and we could see a new depression. But, equally, technology could continue to accelerate, just as it has done over the last couple of decades.

Many commentators believe that we’re standing on an economic precipice, looking at a bright new future. We see the concurrent development of several vast technological platforms that will fundamentally change the way that we live our lives – and the economy. Consumer electronics will continue to improve, but that’s not where the excitement lies. Instead, there are opportunities in biotech, genomics, blockchain, AI, and robotics. All of these are going to converge to create a radically new society that looks completely different from the one that we have today.

Equity investors, therefore, should take comfort. While things look bleak from a macroeconomic perspective, they look good from the point of view of the fundamentals. Humanity is making enormous progress in essential areas. There might be an interruption in consumption, but ideas are still flowing, and they will continue to do so for the foreseeable future.

Technology could, therefore, save your portfolio. Taking whatever cash you have right now and plowing into a robot-linked ETF, for instance, could be one of the best decisions that you ever make.

Hard Times Are An Opportunity

Economists like to point to mechanistic reasons why economies sometimes grow faster. In the era following WWII, it was, according to them, the boost from implementing the technologies developed in the war years, and before.

But that’s not a very holistic picture. Economies also grow faster when people are optimistic about the future – and energized. Once the current crisis comes to an end, you can expect that energy to return. People will want to rise to the challenge and fight back against the virus. And that could usher in a new age of prosperity.

Every business owner, especially those in leadership positions, should prioritize learning and … END_OF_DOCUMENT_TOKEN_TO_BE_REPLACED

When it comes to business, a lot of things go into making it successful. But at the end of the day, … END_OF_DOCUMENT_TOKEN_TO_BE_REPLACED

There are many mechanics in the world. Some choose to specialize in a certain make of car or truck, … END_OF_DOCUMENT_TOKEN_TO_BE_REPLACED

You never know when you might need some emergency money. From a problem with your home to losing … END_OF_DOCUMENT_TOKEN_TO_BE_REPLACED

Are you thinking about investing in property? This is a smart choice if you are interested in … END_OF_DOCUMENT_TOKEN_TO_BE_REPLACED