If property investors and developers were fairy tale characters, they would most definitely be the big bad wolf. There are certainly not popular careers in public opinion and, in some respects, it’s easy to see why. Developers, especially, can be guilty of charging in and changing the appearance of that one key property on the street. And, a lot of the time, they don’t give residents a second of thought as they do.

That’s obviously going to do some damage from a reputation perspective, but it doesn’t need to be that way. In truth, as the person who helps people find their dream home, you should be more of a Fairy Godmother. For your reputation and earning’s sake, you’ll certainly want to change opinions as you step ever-further into this enterprise.

Lucky for you, there are a few ways to set your business apart. Are these going to change everyone’s opinions overnight? Probably not. But, with a little marketing work and continued success on your side, you should be able to build the best reputation regardless using these pointers.

Too often, developers will pursue an investment opportunity and think about residents after. This is never a good idea, as it gives those locals time to hate you without knowing who you are/what you’re about. By the time you do reach out, they will have already held meetings about you and taken up arms against your investment in their beloved area.

By comparison, reaching out to residents either before or during a property investment is guaranteed to go down far better. This way, you ensure that the only opinions they hold of you are those you give them first-hand. What’s more, you can take time to guarantee that all your plans for said property are run through local councils before you waste money on something you don’t get permission for.

In other words, reaching out sooner rather than later can ensure that your investment pays off and that everyone’s on your side as it does. You never know; impressing residents right now might even see them considering you for projects down the line. And, few developers can say that.

At least try to keep your properties in keeping 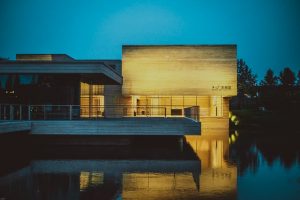 Most people would say that outrageous building finishes are the worst things about most developers. And, that’s fair enough. After all, no one wants their quiet, pretty suburb ruined by some glass box house that’s nothing like the rest of the street. As well as annoying residents, outlandish and out of keeping designs may struggle to appeal to customers. And, in that instance, you may find yourself with properties you struggle to sell.

That’s why it’s also vital that you think about the general style of a location before you begin any building project. Development is a creative pursuit, of course, and there’s no reason you have to stick strictly to the brief and create a like-for-like replica of the other houses around. That said, you do need to at least consider the style of the other houses around. Even if you’re aiming for a modern build in a reasonably traditional area, you’ll be able to incorporate things like wooden beams and traditional stone to ensure your property isn’t an absolute eyesore.

It’s a small effort in the grand scheme of development, but trust us when we say that this is sure to lead to happier locals and customers in the long-term.

Make sure no one can sniff at your processes 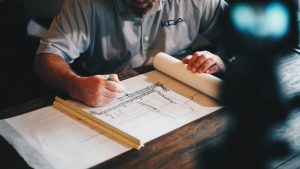 Appearances aside, you also need to make sure that no one could find anything to disagree with in your processes. After all, if you’re using outdated equipment that doesn’t exactly take the local environment into account, it won’t be long before you land yourself in trouble. Trouble, which, by the way, could be enough to outright damage your reputation in this consumer conscious age. This is just one of the reasons to go green with your construction processes, an effort which, on its own, can make a huge difference to public opinion. And, that isn’t the only part of your project execution that you might want to reconsider.

It’s also worth doing whatever you can to reduce public disruption where possible in other areas. For instance, reducing the amount of equipment coming in and out of a construction area can make a huge difference. Equally, sourcing your materials from ethical companies could give you the upper hand over developers who opt for cheap, not always well-sourced materials.

If in doubt about where you’re going wrong right now, take some time to return to the drawing board. Consider, too, what your competitors are doing to overcome these problems. They may just guide you towards the changes you need to make to improve your worksites.

Despite your best efforts, development is always going to bring some risk of backlash, because it will inevitably cause some form of disruption. That’s why our final piece of advice is to forever plan towards fast turnovers.

It doesn’t take a genius to work out that a development team working on the ground for months at a time will struggle to get public opinion on their side. In fact, you can’t be altogether surprised if residents are near enough protesting your presence by that stage.

Instead, you should always work to be in and out as fast as humanly possible. This can seem like a tall ask given the work involved in any development, but decent plans and a reliable team should be all it takes to get this right. And, that should undoubtedly be a priority for you as it also means profits sooner than you could expect them otherwise.

Turning opinions on a notoriously disliked industry is far from easy, but it is within your reach if you’re willing to work for it. And, by becoming the one development company in your area that does things right, you can bet your profits and customer loyalty are next to none!

Every business owner, especially those in leadership positions, should prioritize learning and … END_OF_DOCUMENT_TOKEN_TO_BE_REPLACED

When it comes to business, a lot of things go into making it successful. But at the end of the day, … END_OF_DOCUMENT_TOKEN_TO_BE_REPLACED

There are many mechanics in the world. Some choose to specialize in a certain make of car or truck, … END_OF_DOCUMENT_TOKEN_TO_BE_REPLACED

You never know when you might need some emergency money. From a problem with your home to losing … END_OF_DOCUMENT_TOKEN_TO_BE_REPLACED

Are you thinking about investing in property? This is a smart choice if you are interested in … END_OF_DOCUMENT_TOKEN_TO_BE_REPLACED