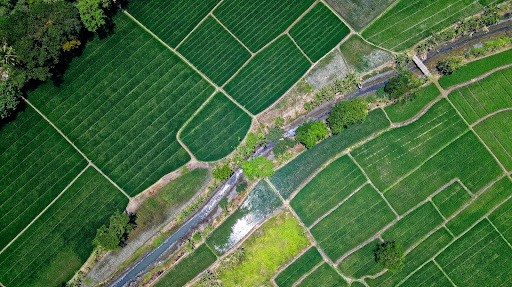 When you’re setting up any business, you need to be aware of the risks that might be likely to affect this. This counts for agricultural and farming businesses as much as anything. You might be surprised to know that farm crime is such a problem, but it makes sense once you consider the worth of the assets that farmers typically use. Here, we’re going to look at a few tips that you can use to protect your farm, your assets, as well as your produce.

Look at your property as if you were a thief

One of the best examples is to make sure that you patrol your property in person a few times a week. There are multiple reasons to do this. For one, it makes you more visible on your farm, so that if anyone is looking, they will see that there is someone actively protecting it, which can help deter them. But also, you want to be able to look at your property from the eyes of a thief. Are there are any particularly unsecured or hidden spots they can take advantage of? What can you do to better secure these areas? Think as if you were trying to break into your farm. How would you do it? What assets are most vulnerable?

Secure the boundaries as best as possible

You should make sure that you do what you can to secure the boundary around the farmland as best as possible. This can include using barbed wire or even shock fences that can prevent people from trying to hop over them. You should also look at your fencing and gates on a regular basis to make sure that they’re in good repair. If not, you should work to reinforce them as soon as possible. Even tall prickly hedges can work very well as an anti-intrusion installation. Anything that makes your farm harder to break onto will have the effect of deterring a few more criminals.

You might not be able to secure the entire property, but you can make sure that the most vital parts are always under some level of supervision. There are different kinds of security cameras for farms that you can get and use. Some of them will require you or someone on your staff to monitor them on a regular basis and to be able to react to threats as they appear. Others can come with a service that has a third-party surveilling at all times, ready to call you or even the police if they spot something suspicious. Aside from this surveillance, CCTV setups also allow for some deterrence against would-be thieves. Most of them are going to avoid risk as best as possible, which is what a visible CCTV system represents.

One of the easiest resources to steal and transport from a farm, and therefore one of the most commonly targeted is fuel. Many farms keep a bulk supply of fuel so that they can easily restore their vehicles and equipment. To that end, you should make sure that you’re protecting those fuel tanks by property protecting them. This can be done with hitch locks for fuel bowsers. What’s more, you should make sure that your fuel is kept in a secure interior, rather than leaving it out in the open. Keep in mind that fuel tends to be targeted when it’s dark, so making it more visible and well-lit, especially under CCTV, can act as an effective deterrent, as counter-productive as it might sound.

Safeguard your vehicles as best as possible

While fuel might be easier to steal, vehicles and farm machinery tend to be much more valuable and, as a result, are very tempting targets to criminals. Building a secure shed which reinforced doors and strong locks should be your first priority. A rickety old shed simply isn’t going to do the trick. Investing in security additions to your vehicles, such as steering wheel locks can help prevent them from being hotwired, as well. If you have the money, then you should also consider investing in GPS trackers that you can install inside those vehicles. That way, even if a thief does manage to steal them, you will be able to track your vehicle down and might even be able to catch the thieves with the help of the police.

It might sound surprising, even a little ridiculous, that people would go out of their way to steal animals, at least to people who are new to farming. Anyone who has been in the business long enough will have heard of plenty of instances, however. One of the ways to prevent livestock theft is with the use of smart technology that allows you to track and monitor your animals, such as the tags that can be attached to them. However, more manual ways such as having a guard dog to patrol the grounds and watch over where the animals’ sleep can be just as effective as far as a lot of people are concerned. 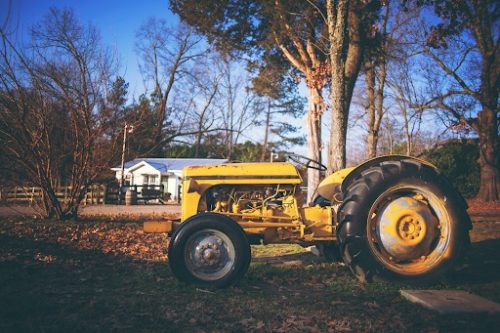 Look into community and farming resources near you and see if there has been a rural watch established. If you’re in an agricultural community, then you are far from likely to be the only person who is worried about the security of their farm and the safety of their assets. To that end, you might be able to find a rural watch that has already been set up. If not, you can always set up your rural watch group with willing participants from the community. By making crime a focus of the community and encouraging collaboration, you can make the whole farming community a lot safer, preventing crime, encouraging reporting, and developing better cooperation between you and those around you.

Farming can be a riskier business than you might think. This applies to most agricultural businesses too, not just traditional farms. Consider the tips above if you want to make sure that you’re able to protect your business as best as possible.

Disruptions to your business can come in all shapes and sizes. Sometimes, they are relatively minor … END_OF_DOCUMENT_TOKEN_TO_BE_REPLACED

Things have changed since the old days of business. In the old days, everything was done manually, … END_OF_DOCUMENT_TOKEN_TO_BE_REPLACED

In the last twelve months, two out of three businesses made price adjustments to their products and … END_OF_DOCUMENT_TOKEN_TO_BE_REPLACED

Starting a business can be a very exciting and challenging time in your life. Some people know they … END_OF_DOCUMENT_TOKEN_TO_BE_REPLACED

If you have a small or medium-sized business and have not started outsourcing yet, you may need to … END_OF_DOCUMENT_TOKEN_TO_BE_REPLACED