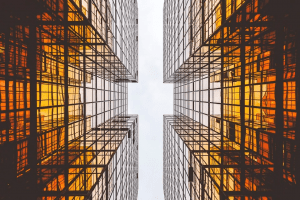 The way that construction firms operate is going to change rapidly over the coming years. We already see the rise of prefabbed buildings in places like China, spurred on by the pandemic. And the same methods of operations are likely to spread all over the world as the economics make them irresistible. Who would have thought you could construct an emergency hospital in two weeks? Nobody, until it happened!

So what changes are coming down the pike for builders? And what can you do to prepare?

For around five years now, the tech press has been arguing the construction sector is ripe for technological disruption. Things, they say, will fundamentally change the moment 3D printers come online, and you can just print out homes and office blocks.

Those systems, however, are probably twenty years away at the least. Firms pushing them still need to do more R&D to ensure that they’re viable.

The changes will still come thick and fast, though. Robots are going to play a more significant role – as will drones. And we’re likely to see a reduction in the need for skilled crafts as factories begin churning out standardized building parts.

The Industry Will Continue To Focus On Safety

The construction sector is more than ten times as dangerous as other industries, according to BLS statistics. And that means that it has a problem. Nothing is stopping workers from going to a construction accident lawyer and suing their employers for negligence.

There’s a sharp focus, therefore, on the safety of the working environment. We’ve been in a secular downward trend in the number of accidents, but that will need to continue. If it doesn’t, builders will find their insurance premiums rising again. And nobody wants that.

Green Buildings Are Now The Norm

When was the last time a client asked you to construct a building with no green credentials or environmental concerns? Probably a long time ago.

Today, green construction has become the norm, and it applies to all aspects of the process. Clients not only want architects to create sustainable spaces, but they also want builders themselves to deploy green tactics. The CO2 load of constructing the building needs to be low, just like the project itself when in use. 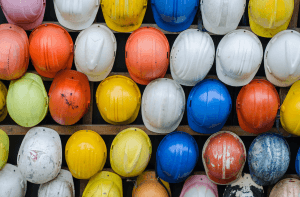 The construction industry is remarkably fragmented for something that has been around for so long. Usually, industries consolidate, and just a few firms wind up dominating, owing to their superior operations. But that’s not what has happened in construction. Instead, the sector remains dominated by thousands of individual businesses, all working with each other in complicated relationships.

That will change, though. Clients demand it. They don’t want subcontractors piled on top of subcontractors. They want the same outfit to provide all the services that they need, without complication.

Large Chinese companies are already doing this, bringing various contractors in-house. It is only a matter of time before we see a similar thing happening in the West.

Are you thinking about investing in property? This is a smart choice if you are interested in … END_OF_DOCUMENT_TOKEN_TO_BE_REPLACED

As a business owner, profits are extremely important but on top of that, you want your employees to … END_OF_DOCUMENT_TOKEN_TO_BE_REPLACED

If you're looking to open your own hotel, you've come to the right place. This blog post will … END_OF_DOCUMENT_TOKEN_TO_BE_REPLACED

Working in the chemical industry can be a dangerous job. There are many risks involved with working … END_OF_DOCUMENT_TOKEN_TO_BE_REPLACED