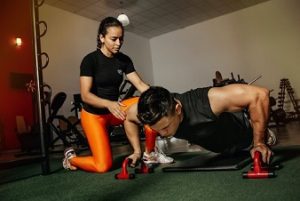 We all have to work in this life, of course. Some might get away with not doing too much and living a good life, but those types of people are few and far between. In order to really have a fulfilled life and to have one of great purpose, we need to feel like we belong. We need to feel the sense and the satisfaction of a job well done. If we sit around for too long, then we just become a little useless and it can play havoc with our minds. Resting is only good for so long before we feel as though we aren’t good enough to function in this society.

If you’re someone who really would like to work but just hasn’t found something perfect for them yet, then don’t worry as you’re not on your own. Plenty of people haven’t found their true calling yet – it’s all part of discovering who you are. One of the wonderful things about our working society is that there are so many jobs and, thus, so many career ideas for you to ponder.

Here, we’re going to talk about jobs for those of you who cannot sit still and need to get around a lot more than most. There are so many careers out there for people who’d like to move around from the moment they wake. Here are a few examples if you’re interested:

For those of you who love to keep active in terms of working out, the idea of sitting around all day might not be something that appeals to you. Well, perhaps you could then take your love of exercising and put it onto others. You don’t just have to train most mornings or evenings when you’ve finished your shift – you could do it every day while bettering the lives of others. A personal trainer will be moving around a gym (or many gyms while teaching clients all about fitness and nutrition.

An event planner will need to scour an area and understand how best to get the most out of certain locations. You’ll be moving all over the place as an event planner in order to really do your job to the best of your ability. You can’t expect someone who sorts out big events to sit in an office just working out the theory behind things and making phone calls.

There will always be people around that have issues with their bodies. Perhaps they’ve played sports and got into a little trouble or they are just having problems with their body as it’s breaking down. As a physio or somebody who deals with injuries, you’ll be able to be on your feet a lot as you work on people who are in need. This may be a case of opening up a practice, working from your home, or traveling around to clients.

Truck Driver – Or Any Kind Of Driver!

Technically, you are sitting still here because you’re going to be sitting in a seat for a while. What we mean here, though, is that you’re going to be traveling around an awful lot. As a driver, you won’t be stuck in the same environment all of the time and you’ll get to see all kinds of different locations and scenery. A truck driver that deals with the likes of vehicles you get from Piedmont Trucks will likely be someone who does a lot of long-distance driving and, thus, will be able to see a lot more different scenes.

There are plenty of other kinds of drivers, though. Becoming a taxi driver or a chauffeur would allow you to get around your local and not-so-local area a little more. Delivery drivers get a little freedom and social interaction with their job. You could also be someone who delivers cars to their new owner. There are plenty of jobs in this field.

The likes of policing, medical staff, and firefighters will always be needed. That, and armed services in order to protect the people. These are some of the most active and hands-on jobs around, so they’re worth considering. Being a firefighter is very rewarding in many ways, of course. Moving around and patrolling an area in the police service will require fitness and the ability to know your way around. Taking care of people in your area is also something that is pretty intense and needs a lot of movement.

For those who know about the life of a farmer, they’ll be aware of just how grueling it can be. It’s not grueling and difficult if you enjoy it, however. It’s a lot of hard work and the hours are demanding because they need to be. As a farmer, you cannot slack off too much because there is a system in place that relies on you to complete a certain quota. It’s the perfect job for someone who wants that physically rewarding feel at the end of the day.

If you like visiting new parts of the world, then this job would suit you down to the ground. The idea of being able to go to amazing places while earning money does sound like a wonderful way to live your life. Cabin crews and tour guides get this privilege. Of course, they have to remain professional, but many people would rather this than be stuck in a rainy office block.

You won’t get too much rest when running after children. They will keep you young, that’s for sure. It’s never a case of sitting around and being bored with these little guys and girls.

Finally, we have any kind of job in the world of laboring. This could mean construction work, electrician work, landscape gardening, plumbing, and all kinds of similar avenues. Sitting around and waiting for things to happen will not suffice in this job. It’s rewarding as you get plenty of things done and you can feel tired at the end of the day.

Are you interested in learning about the ongoing Bitcoin vs Gold debate? Investors looking for … END_OF_DOCUMENT_TOKEN_TO_BE_REPLACED

Buying a home is a big investment, and if something goes wrong, it can have serious effects. This is … END_OF_DOCUMENT_TOKEN_TO_BE_REPLACED

Did you know that an astounding 36% of US workers are now part of the gig (freelance) economy? If … END_OF_DOCUMENT_TOKEN_TO_BE_REPLACED

Running a business involves taking on responsibility for the safety of employees and customers. If … END_OF_DOCUMENT_TOKEN_TO_BE_REPLACED