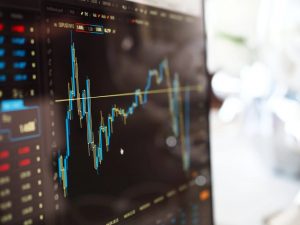 Everyone is looking for a way to make money, which means there aren’t many original ways to invest. Unless you have an army of social media users, you can’t rely on a community to push up share prices, although amateur investors can take advantage of the surging stocks. Often, the best way to make money is to stick with the tried and tested methods.

As Warren Buffett says, Coca Cola stock is never going to fall out of the sky, so little and often will win the long-term race. Still, when an opportunity presents itself, you need to get in on the ground floor to increase the likelihood of a substantial ROI. That’s why shares in marijuana interest lots of people.

Of course, there is a ton of unpredictability concerning the market, so you might feel you should avoid the controversial topic for the time being. By doing this, you could leave money on the table. Even worse, you might not be able to afford the shares when you get around to investing.

The good news is, there are several reasons to invest in marijuana stocks right now. You shouldn’t take anything for granted because there are zero guarantees. However, these signs are promising.

“Going public” is another way of saying that marijuana companies are floating their stock on the market, meaning it’s available to the public. While legislation isn’t concrete yet, there’s enough wiggle room for businesses to make money, which is encouraging for potential investors.

The United States appears as if it will always be at the forefront of the industry’s expansion. Currently, the US is estimated to account for 75% of the global market by 2022, which is an eye-watering amount. Still, Canada isn’t far behind -projections show the Canadian sector will have a value of around $5.5 billion by the same year.

Not only are the markets flourishing as archaic laws are repealed, but the fact that the businesses are going public makes the stock much more accessible. Investors need a successful market to pump money into, yet this isn’t possible if availability is low. The availability is at an all-time high right now, and it’s only set to get bigger in the next year.

With the industry’s value in the billions in North America alone, there is plenty of scope to make money without taking any undue risks.

America and Canada are leading the charge, yet Europe isn’t far behind and wants a piece of the action. For instance, four out of the top five biggest international marijuana markets in the world are in Europe. Only Mexico, the fifth-largest, bucks the trend.

The top market, Germany, is the fastest-growing of them all, including any in North America. By next year, the sector should be valued at $1.6 billion, resulting in an increase of 17,678% from 2018. That’s impressive. Why is this important to investors? The simple answer is based on diversification.

While the main markets are growing exponentially, you should never put all of your eggs in a single basket. After all, a regime change in either the US or Canada could lead to new legislation that stops the expansion dead in its tracks.

Thankfully, the role of Europe in the marijuana trade offers an extra level of safety. Apart from Germany, the trade in the UK, Switzerland, and Italy is in the hundreds of millions of dollars category. As a result, you can put some of your resources into different markets to decrease the level of risk.

Ask a bunch of lawyers whether it’s legal to invest in top marijuana stocks and you’ll get a bunch of different answers. The reason is simple – weed is illegal at a federal level in the US. Therefore, there’s a gray area regarding owning part of a company that is technically breaking the law.

So, why are so many people doing it? For starters, it’s more legal than the alternative of buying it physically and being hit with an intent to distribute charge. Secondly, there are no instances of the Justice Department cracking down on the investors of marijuana-related companies in a state where they operate legally.

Thirdly, and most importantly, you don’t have to invest in the US to make it legal. Canada is a booming market, so you can focus on Canadian businesses. Alternatively, there is Mexico or any of the European nations mentioned in the previous paragraph. Thanks to technology, buying stocks and shares in foreign organizations is a piece of cake.

Sure, you need to understand the intricacies of the laws in overseas countries and territories. However, most European nations don’t have the same level of state devolution as in the States, so there isn’t as much confusion. Hence why it’s legal, kind of! 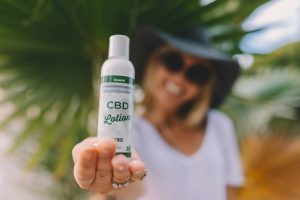 If the above sounds a little sketchy, there’s no need to feel down. The fear of missing out is real, but it’s not an issue regarding marijuana, not when there are several alternatives available that are simpler and less risky.

A notorious example is CBD. CBD is a cannabinoid found in cannabis plants that have skyrocketed in popularity in recent years due to its impact on some people’s physical wellbeing. Today, you can get a variety of different products, from oils to vapes and gummies, and they are no longer controlled substances.

Another option is hemp. Hemp is marijuana without the THC. Hemp needs to have less than 0.3% THC, the psychoactive element found in cannabis. Because the mental side-effects don’t occur with hemp, it’s also legal to buy, sell, and trade. And, it’s a flourishing market since it has numerous health impacts, not to mention it’s used in recreational activities such as fishing.

With less red tape, these are fantastic options for budding investors, especially as the potential returns are very high.

Marijuana stocks are worth considering due to the various markets and their high values. As with any investment, you should research the topic and speak to a professional before signing on the dotted line.

Are you interested in learning about the ongoing Bitcoin vs Gold debate? Investors looking for … END_OF_DOCUMENT_TOKEN_TO_BE_REPLACED

Buying a home is a big investment, and if something goes wrong, it can have serious effects. This is … END_OF_DOCUMENT_TOKEN_TO_BE_REPLACED

Did you know that an astounding 36% of US workers are now part of the gig (freelance) economy? If … END_OF_DOCUMENT_TOKEN_TO_BE_REPLACED

Running a business involves taking on responsibility for the safety of employees and customers. If … END_OF_DOCUMENT_TOKEN_TO_BE_REPLACED