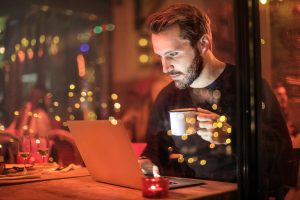 Rarely do things come along that fundamentally change how we do business, but they do happen. In the 20th century, it was the telephone. Then, thirty years ago, it was the internet.

But since then, there have been relatively few earth-shaking changes. For the most part, businesses carried on doing what they’d always done.

The pandemic, however, is something fundamentally new. This time really is different, according to a lot of commentators. And we’re only at the start of it.

Remote work sounds like something that has been around for a long time. But that’s not the case. While many high-brow offices allowed colleagues to work from home occasionally, it wasn’t the norm. Only around 3 percent of people worked from home full-time before the crisis, underscoring just how rare such business practices are.

Many companies are wondering how recent changes will affect their output, innovation, and quality of service. For years, senior executives resisted home-working for fear that it would lead to poorer business outcomes. They were worried about things like employees slacking off or failing to communicate ideas with each other, even though they’d save massively on office space rents.

Now, they’ve had this brave new world forced on them by circumstances, and they have to adapt, whether or not they want to.

Ideally, they’d like to continue business as usual – just remotely – but things aren’t the same. There are fundamental differences in how post-pandemic enterprises operate. And executives need to address them.

Remote Work Is Forcing Us To Consider How We Share Ideas

When employees work together in a central office, there are multiple “encounters” where they can share their ideas. Colleagues can be walking to the water fountain and strike up a conversation about an idea they had on the way into work on the train. Furthermore, it’s much easier to float ideas in meetings about company strategy. It’s much harder on a conference call where everyone has to wait their turn.

Voice for Microsoft teams is helping to deal with this issue. The idea here is to enable more voice functionality in the tech giant’s ubiquitous platform, making it easier for individual team members to make their voices heard. When people can air their thoughts instead of writing them in emails, they’re much more likely to speak up.

Let’s deal with each of these in turn.

There was already an in-group/out-group problem in firms with a core HQ team and remote staff going into the crisis. But now this issue is going to become more widespread. What’s interesting is that the in-out groupings might not follow traditional lines. For instance, if charismatic executives leave the office to manage remote teams, they could become the new in-group. The grunts at the office could become secondary.

The second issue is lack of loyalty. Agencies that hire remote workers already know how fickle they can be. The moment another company offers them better compensation, they jump ship.

This same could happen to established brick-and-mortar businesses. Lack of interpersonal interactions could erode employees’ sense of loyalty and duty towards the companies they work for, undermining their ability to perform long-term.

The only solution is to keep communication channels open and personal. That’s why many small businesses are still asking employees to come into the office at least one day per week, and usually two. This way, they can maintain loyalty and prevent the emergence of in-out groups. 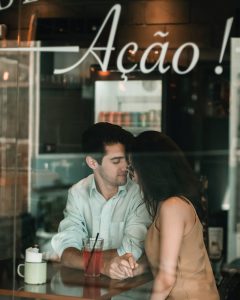 Figuring out how to discipline somebody who works from home is becoming a challenge. Usually, you’d collect information on employee wrongdoing and submit it to a tribunal, following company procedures. But when workers are at their desks in residential accommodation all week, the nature of disciplinaries changes.

These changes might sound small, but they could imply wholesale changes to your business model. For instance, you may stop paying sales staff by the hour and reward them entirely with commission instead.

Thus, remote work is fundamentally reshaping businesses. Most, however, haven’t fully considered the operational ramifications. And this oversight could cost them in the long-term.

Successful businesses are built on the quality of the office. Without a productive environment, … END_OF_DOCUMENT_TOKEN_TO_BE_REPLACED

The rate at which the U.S. economy has grown over the past decade has been unprecedented. However, … END_OF_DOCUMENT_TOKEN_TO_BE_REPLACED