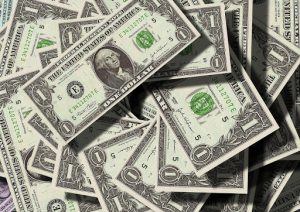 What’s the biggest threat to people who want to save over the long-term? It’s not market risk. It’s not even systemic risk. It’s actually the march of inflation – a phenomenon that has dogged the economy ever since the 1940s.

Inflation is a controversial subject. Some economists view it as an inevitable feature of the market economy. Expectations of higher prices lead to even higher prices in a process that continues ad infinitum. Others see it as being backed by the actions of central banks. Some blame an “overheating economy,” which is above the “natural rate of output.” At the same time, some see the roots of inflation in wage bargaining across the economy. Workers demand higher wages, and firms oblige, paying for it all by putting up their prices.

However, inflation always has its roots in money creating: the printing of money by central banks. The justification for this is that the economy needs positive inflation to counteract deflation and keep people spending. The worry is that if inflation did turn negative, people would put off their purchases and wait for lower prices, instead of buying now.

For investors, inflation is a massive problem. If you put $1,000 in the bank today at 0 percent interest and the inflation rate is two percent, the value of your savings in real terms will halve in just 20 years. People saving for their retirements, therefore, should avoid putting money under the mattress at all costs.

Inflation also eats into bond returns. If you buy a bond with a coupon rate of 2 percent, but inflation is again running at 2 percent, you make nothing from investing in this vehicle. The same goes for stocks. If the market returns 10 percent but inflation if 5 percent, you’ve only made a 5 percent return in real terms (which is okay, but not great).

How To Avoid Inflation 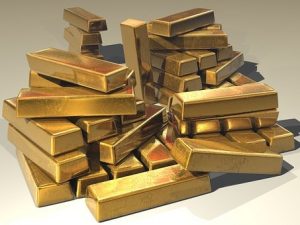 The best way to avoid inflation is to avoid investing your money into assets subject to reduced purchasing power. Gold Stackers points out that gold is both a tool people use to circumvent inflation and preserve their wealth. It offers a dual function in a diversified portfolio.

From today’s perspective, high inflation seems unlikely. We haven’t had it since the mid-1980s. But that doesn’t mean that it couldn’t return at some point. Inflation is a massive risk in today’s macroeconomic environment. We’re living in a global economy where the vast majority of governments are in high debt levels and use the printing presses to cover their obligations. At some point, that process could spell disaster for the economy. It might not happen immediately, but eventually, all that extra cash will show up in the form of inflation. And the consequences for the real economy could be tremendous.

The current situation also added fuel to the fire and debt is likely to rise faster. And problems with supply could lead to high levels of inflation in the short term as businesses get back online. We just don’t know yet.

In the last twelve months, two out of three businesses made price adjustments to their products and … END_OF_DOCUMENT_TOKEN_TO_BE_REPLACED

Starting a business can be a very exciting and challenging time in your life. Some people know they … END_OF_DOCUMENT_TOKEN_TO_BE_REPLACED

If you have a small or medium-sized business and have not started outsourcing yet, you may need to … END_OF_DOCUMENT_TOKEN_TO_BE_REPLACED

More than 44 million households in America rent their residences. If you're in this situation and … END_OF_DOCUMENT_TOKEN_TO_BE_REPLACED

Are you new to being a homeowner? What are the different ways to save money when buying homeowners … END_OF_DOCUMENT_TOKEN_TO_BE_REPLACED