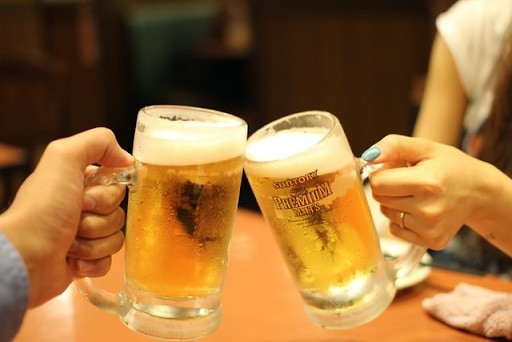 The idea of a workplace drinking culture may seem to some like a relic from a bygone age – we’ve moved on a long way since the kind of workplace portrayed in TV dramas like Mad Men was a common thing. However, to say that drinking culture doesn’t affect modern workplaces would be inaccurate. Whether it’s an office Christmas party, celebratory events that involve champagne, or a long lunch becomes a chance to get buzzed, there are certainly ways that alcohol can find its way into office culture.

It’s not necessarily the case that you should have to bar drinking in the office entirely, but it does need to be remembered that regular use of alcohol is detrimental to productivity and can have other, worse repercussions. So it is beneficial to have some ground rules in place if you’re going to allow drinking on occasion. The following are a few examples.

Never make alcohol the focal point of an event

If you’re downing tools for the day and having an afternoon gathering, then alcohol can be involved in such occasions, but this should never be sold as a drinking session on company time. For one thing, this puts a lot of pressure on someone who may be privately in recovery. Non-alcoholic options must be made available, and people should be able to serve themselves – or at least approach a bar where nominated, non-senior members of staff are in control of dispensing drinks. If alcohol is emphasized, people can feel pressured to drink or uncomfortable about not drinking – something they should never have to justify to anyone.

Be aware of where a line is drawn

Let’s state an uncomfortable truth – when you open the door to something that has a touch of the illicit, that door becomes harder to close. As many as one in twelve people has admitted to using controlled drugs during work hours, and when people are told it’s OK to drink, it inevitably makes other substances seem less risky. You can make drug and alcohol testing part of a regular employee medical screening, enact a zero-tolerance approach to illicit drugs, and even have a company-sponsored drug rehab program, but the line needs to be drawn where it can’t be mistaken – people can’t be under the influence of drugs in the workplace.

Aim to hold events outside the workplace

You can lay down all the ground rules in the world, but let’s be grown-up about this: people who are drinking are objectively less good at following rules and self-supervising. Once you let alcohol into the workplace, it’s harder to keep it out when you want to. So it is worth implementing a rule that any celebration or holiday event is held off-site. This will cost more, and it will realistically be the company that foots that bill, but consider this: You’re less likely to be paying for an office clean-up, repairs to equipment, and dealing with the problems that can arise when people feel that drinking at work is encouraged. Also, bars and event venues have door staff – which can focus people’s minds on the importance of good behavior.

You don’t want to ban employees from having fun, but fun is not dependent on alcohol, and if your workforce has among it people who like to have a drink, it’s only fair to have some rules. An office drinking culture can be seriously toxic, so always make it clear what will and won’t be tolerated from the beginning.

To be a successful real estate investor, you need more than just cash. There are many things that go … END_OF_DOCUMENT_TOKEN_TO_BE_REPLACED

The average electricity rate in the U.S. was 13.01 cents per kilowatt-hour in December of 2019, … END_OF_DOCUMENT_TOKEN_TO_BE_REPLACED

As a business owner, there’s a lot that you have to be prepared for a lot of fires you have to put … END_OF_DOCUMENT_TOKEN_TO_BE_REPLACED

If you are at the start of your entrepreneurial journey, the chances are you are currently focusing … END_OF_DOCUMENT_TOKEN_TO_BE_REPLACED

Over 106 million people use crypto. Are you one of them? If so and you've decided to finally invest … END_OF_DOCUMENT_TOKEN_TO_BE_REPLACED