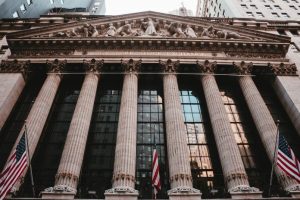 The Twitter-verse bristles with what the Federal Reserve will do with interest rates at each of its monthly meetings. Talking heads on television opine endlessly and breathlessly. And the President tries jawboning the stoic Chairman of the Fed into dropping rates dramatically.

Despite the constant chatter about Federal interest rates, what is rarely discussed is the impact of interest rate changes on the individual American who is making heroic efforts to be ready for retirement.

As we examine Federal interest rates, let’s take a ground-level look – instead of the typical 30,000-foot view – as a primer for some and a review for others.

What is the Fed’s Real Job?

According to the Federal Reserve System (usually referred to as ‘the Fed’), it is mandated by Congress to make monetary decisions to achieve three objectives:

While its duties have expanded over the years into many aspects of banking, the overarching role of this ‘independent central bank system’ is stated as promoting “the health of the U.S. economy and the stability of the U.S. financial system.” Nothing more, nothing less.

Nowhere does it say that the Fed’s decisions to achieve those goals have to support or protect the individual investor. For that, Americans have to count on their own familiarity with markets and financial instruments – or on the assistance of knowledgeable and trustworthy advisors.

HCR Wealth Advisors is just such a resource, made up of independent advisors whose focus is to empower its clients to achieve their goals through education.

Federal Interest Rates: What They Are

The Federal Reserve’s interest rate, better known as the fed funds rate, is what banks charge one another to lend Federal Reserve funds overnight to meet the reserve requirement set by the Fed. (This is part of the Fed’s system that ensures banks have enough cash on hand, or ‘in reserve,’ to conduct business.)

Making changes to the fed funds rate is how the Fed controls the nation’s economic growth. That rate, in turn, is what banks use to derive many other short-term interest rates, from CDs to money market accounts to savings accounts.

The fed funds rate also affects the prime rate, which is what banks charge their best customers. Many interest rates affecting consumers are pegged to it: adjustable-rate mortgages, credit cards, loans you get from your bank and what the bank pays you for deposits. You can see how this affects you directly.

But you are also affected indirectly through the impact on longer-term interest rates. Treasury notes, for example, are impacted, and their yields then influence what is charged for conventional 15 and 30-year mortgages.

Why Would Fed Funds Rates Decrease or Increase?

Depending on whether the Fed is trying to heat up or cool down the economy, it will lower or raise short-term rates. Lower interest rates mean it’s cheaper to borrow money and less interesting to save it. Businesses – and individuals – will borrow and spend more money, increasing the total money supply in the process.

Businesses expand, cheaper mortgages fan the housing market, homeowners buy things for their homes, eat out, replace their cars – and the economy is stimulated.

The downside is that, as more money chases goods and services, their price goes up. The risk is spiraling inflation and an overheated economy.

The exact opposite is true for raising short-term rates. Loans become more expensive and harder to get. Businesses borrow less, invest less in their companies and hire less. With high loan rates, individuals hold their cars longer. Mortgage rates go up, so homeowners buy smaller homes which, in turn, need less to fill them. Individuals feel poorer, spend less and help slow the economy.

But an economy that is too slow risks falling into a recession.

So, the Fed’s challenge is to balance the ups and downs of the economy through short-term rates, as well as to fine-tune further by buying or selling Treasury bonds in the open market – which also impacts the money supply.

A review of how the Fed used its tools leading up to the financial crisis in 2008, and then after the crisis as the economy pulled itself away from the abyss, is a prime example of Fed monetary policy. Whether you agree that it was well-executed or not, we were given a valuable ring-side seat.

The Effect of the Fed’s Actions

Federal interest rates changes can affect your day-to-day decisions, as well as your ability to meet your investing and savings goals. Regular visits to your financial advisor can help you refine those goals, either with some belt-tightening or belt-loosening.

This is where a firm such as HCR Wealth Advisors excels. Its experienced professionals, who recognize that plans and strategies need to be personalized and unique to each client, work with you to keep your goals achievable by helping make any necessary adjustments.

Even better, the ebbs and flows of economic cycles – such as those that underpin the Fed’s need to change interest rates – offer opportunities to capture profitability. HCR’s understanding of monetary policy is vital to identifying viable market opportunities for its clients.

HCR also recognizes that Fed operations do not take place in a vacuum. Good economic times in the U.S. affect the value of the dollar, which in turn impacts its imports and exports. Interest rates are compared across the globe, and countries and investors in low or non-existent interest rate environments will flow capital to the more vibrant economy. Bond prices, as well as stock-market prices, are affected as fungible capital chases returns.

Recent calls to take the Fed Funds rate down to zero (or below) as a proactive strategy – way beyond the Fed’s recommendation to simply maintain stability – invite the risk of unknown consequences. The declared reasoning is two-fold:

Some of the downsides of zero or negative interest rates are not unknown: they can be witnessed as the result of similar actions taken by the European Central Bank and the Bank of Japan. None of those economies are thriving.

So, what started as a simple exercise in understanding monetary policy has quickly become a 3-D chess game. Once again, the advice of a top wealth-management group is key to moving the right chess pieces at the right time. And HCR’s professionals have the expertise to do so. 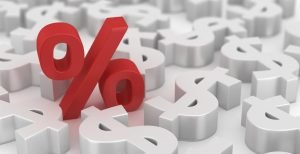 Young investors would probably be well-advised to maintain their asset allocations, as they have the time to recuperate from market volatility. Judicious periodic tweaks over time should keep them on course.

For many of those closer to retirement, the mid-2019 quarter-point drop in rates to just below 2.25% (the first-rate cut since 2008) was a wake-up call. As interest rate hikes are unlikely anytime soon, we’ll focus on the impact of rates going lower.

Lower interest rates make cash positions even less appealing. Lower rates will also affect how bonds are priced and valued, the equivalent of paying a premium to invest in a fixed-income product. They may also impact bonds in retirement portfolios.

The fixed-income portion of portfolios could be revisited to reconfirm proper diversification within that allocation. And the equity portion – which can be credited for the healthy rise in the value of nearly everyone’s 401(k)s and IRAs – could be monitored to ensure the investor’s age-appropriate risk.

Whatever individual strategy was followed in building towards retirement, there is enough economic (and political) volatility today to merit a trip to your trusted advisor. For example:

If you have any doubts about whether you genuinely master all these moving parts, you owe it to yourself to seek counsel rather than place your retirement strategy at risk.

How Can HCR Wealth Advisors Help Prepare You for Changing Rates? 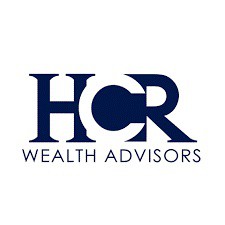 The stated goal of HCR Wealth Advisors is to integrate a client’s investments, retirement plans and financial targets into one comprehensive strategy that grows and matures as they do. As external elements intervene, such as changes in Fed rate policies, HCR is available to point out any financial risks and to be sure its clients are ready for any unexpected curveballs.

It is said that it can take 12 to 18 months for a Fed Funds rate change to impact the entire U.S. economy. However, some effects take place far faster than that. HCR believes its job is to be proactive by evaluating and adjusting its client’s plans to keep them on target to meet their goals and objectives.

However, changes in Fed Fund rates might affect long-term income security, HCR offers a broad enough range of investment vehicles and strategies that it can utilize to design a personalized, comprehensive wealth-management solution that allows each of its clients to stay on track.

And, best of all, HCR’s professionals empower its clients with the knowledge they need to understand every change and decision that is made.

This article is provided for informational purposes only and should not be interpreted as investment advice. HCR Wealth Advisors is not affiliated with this website.

About 13% of the American population moves every year. This includes renters and homeowners, and … END_OF_DOCUMENT_TOKEN_TO_BE_REPLACED

You've seen the commercials on television about investing in gold and probably have questions like, … END_OF_DOCUMENT_TOKEN_TO_BE_REPLACED

When you first start your business, your main focus is to establish your brand and grow. This … END_OF_DOCUMENT_TOKEN_TO_BE_REPLACED

Owning a home can be a satisfying and rewarding experience. You have a place to call your own and … END_OF_DOCUMENT_TOKEN_TO_BE_REPLACED