5G isn’t just something that is making its impact felt in the consumer market. It also has a massive effect at the enterprise level. Major companies need to adapt to the changes that the new technology will bring if they want to maintain their competitive advantage and avoid disruption.

There’s been a lot of naysaying on the topic of 5G over recent months. At best, commentators call it an “evolution” from 4G, believing that the only thing that it brings is faster internet speeds. But it’s not some glorified mobile broadband. It offers capabilities far beyond what the average enterprise currently perceives. And that, unfortunately, is a recipe for disaster.

What Is 5G Exactly?

On the face of it, 5G seems like a better mobile internet. People can download stuff faster. And cities can cope with more being online concurrently, eliminating current bottleneck issues.

But when you peel back the layers, you find that it’s much more than this. Oracle, a major provider of 5G solutions, makes the distinction clear. It points out that 5G offers greater flexibility, security, and efficiency than networks that have come before. It will engender the development of smart ecosystems – including the intelligent workplace, home, and city.

The Oracle 5G Core Network is an example of how things might look shortly. The idea is to create mobile networks for operators to allow them to take advantage of specific network functions. Businesses will be able to adopt genuinely novel business models in the same way that was possible at the advent of the internet. Things are going to change tremendously.

5G uses higher frequency bands than 4G, which is the secret to its increased capacity. Experts believe that it will generate more than three times the traffic of the current network and will comprise at least 3 percent of global communications initially. The speed will be between 10 and 20 times faster than what we have right now. And eventually, it could reach gigabit connections if the hardware continues to improve at the rate that many expect.

The real difference with 5G, though, are the latencies. At present, it takes a long time to send and receive information via mobile and IoT devices. That limits their functionality.

High-resolution applications are sluggish. And you can’t outsource computing for critical tasks to a third party. The delay between the signal going out and a decision made on the ground is too long.

5G removes that issue. For instance, businesses could see a situation in which the cloud controls a robot in a factory remotely. And that would negate the need for on-site software installations and updates.

We’ll discuss more of the applications of 5G later in this post, but this example gives you a taster of what to expect. You could have a situation where a third-party company provides real-time robotics solutions to a factory on the other side of town – or even the other side of the country. It’s a bizarre thought, but that’s the power of 5G. It disrupts your business expectations. And it’s going to lead to real changes on the ground.

What Are The Benefits Of 5G?

So, obviously, the first benefit is the dramatic increase in speed. Some experts predict that it will reach between 500 and 1500 Mbps using current hardware and protocols. Going beyond that might be possible in some circumstances, but that’s a massive improvement over the existing setups. Downloading a movie, for instance, only takes a few seconds at that speed.

The next capability is the ability to add new connected devices to the system. As the number of connected devices grows exponentially throughout the business world, so will the demand for bandwidth. Companies that can’t currently take advantage of full bands in their areas will soon be able to hook up new and open connections that don’t and won’t throttle.

From a network perspective, there’s also the advantage that 5G emitters are much smaller than their 4G counterparts. You don’t need an entire tower to transmit the signal. Instead, most transmitters are about the size of a mini-fridge. Therefore, companies can dot them around their campuses and get super-fast mobile connectivity on-demand, without necessarily having to share with numerous other users. Clogged bandwidth should no longer be a problem.

In urban areas, 5G transmitters might be small enough to fit on lamp posts. Again, this would negate the need for businesses to engage in costly fit-outs when moving premises. Installing 5G could take as little as a single afternoon and the help of friendly, third-party technicians.

Most carriers have already rolled out 5G in select areas across the US and other developed markets. So this isn’t something that businesses are going to have to wait an eternity to get their hands on. It’s coming right here, right now. And it’s going to make a tremendous difference to their overall ability to get access to new 5G services.

How Will Enterprises Use 5G? 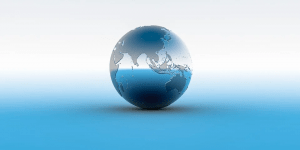 Superficially, it may help with operating remote teams. People in the field will get more secure video connections with their head offices. But it goes beyond that. In an era of pandemics, better mobile internet will mean fewer dropped Zoom calls and greater ability to work collaboratively in applications when people are flung all over the place.

Looking forward, 5G appears as though it is going to be instrumental in the entertainment, automotive, manufacturing, logistics, and retail industries. For instance, in production, companies are going to be able to put the fourth industrial revolution into action. It’s going to get easier to connect various, disparate systems in a way that just wasn’t possible before. Trucks bringing inputs can signal how long it is going to be before they arrive. Machines in the factory can then respond by changing their rate of operation. Companies are also going to be able to place sensors of units and then automatically send signals to mechanics, telling them maintenance is due.

In the automotive sector, the internet of things is going to change the course of product developments. Cars driving through cities will be able to hook up to real-time traffic information. We may even see weird and wacky solutions where 5G facilities automatic car payments, allowing drivers to pay the person in front to move out of their way via blockchain.

In retail, 5G is going to make managing stock much more efficient. Goods will come in according to the data on the ground, instead of manual collection and uploading by staff. Sensors will take over many of the backroom tasks, making the enterprise more efficient.

Moving Over To 5G – Strategies For Enterprise

So how precisely will enterprises move over to 5G? The possibilities seem endless, but the practicalities are a perennial challenge. Enabling organizations to shift to new technology is always tricky.

The first thing companies need to do is budget for the transition to 5G. At first, the hardware will be more expensive than it is for current 4G applications. These things are never inexpensive when they first come out. And they will eat into corporate earnings initially, no matter how large the enterprise of the bulk with which it can buy.

The next thing to do is prepare technical members in your team for the inevitable increase in AI applications. 5G lower latency. So any company that operates on a mobile basis will need to rethink machine learning. Offloading tasks to the cloud will likely become a priority – something that will ultimately lower costs. AI will also find new applications in remote locations – including those traditionally cut off from data centers. Computing is going to become more distributed. And the current limits on cognitive systems will increasingly fall by the wayside.

Leaders need to understand the many ways in which 5G is also a strategic tool. Most don’t actually understand this yet. Those with a grip on the technology’s potential need to implement training and education programs to get them up to speed. These initiatives aren’t so much to provide them with the details. Instead, it is to point out that 5G is both strategic and innovative. People at the top level in the organization need to understand the powerful benefits that it could potentially bring.

Creating a 5G strategy is all part and parcel of this process. The technology could dramatically change both operations and the company’s product itself.

5G is also going to change the way that companies collect data. Big data and analytics platforms will require a massive upgrade. ENterprises need to ensure that they capture all the data that becomes available to them. They also need to make sure that their team has the necessary tools to evaluate it.

Enterprises, therefore, need to prepare for the advent of 5G. While it might not have the same long-term impact as the internet or cognitive computing, it is at least on a level with the cloud. Planning must start now in order to avoid disaster.

Around 150 million travelers use Airbnb every year, proving how popular the company … END_OF_DOCUMENT_TOKEN_TO_BE_REPLACED