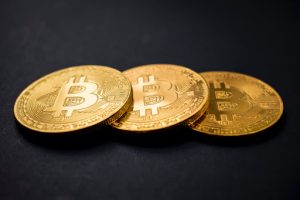 You can’t go anywhere online without seeing the words “crypto”. It’s a bit wild to think that only the last few years has something so underground then massively picked up and swept the attention of mainstream media and major crowds. But, what exactly is cryptocurrency? Why has it been so popular over the last few years? Why exactly is this getting even more popular? Well, cryptocurrency is a digital asset that can be transferred between peers and used to purchase goods and services.

You can compare it to the currency that’s usually on video games or similar websites but there are some major differences between the platform and video game-based currency and crypto. There’s no government that backs up crypto, and in fact, many governments are out to ban it. The transactions can be completely anonymous and rather than several business days, within seconds money can be transferred.

Of course, with anything that has positives, there are going to be some drawbacks such as volatility in price, lack of regulation, and a high risk of fraud. But even with the drawbacks, there are some reasons why it may be beneficial for you to look into a crypto banking and investments. So here’s why!

The cryptocurrency market is still in its early stages and its future remains uncertain. However, some experts believe that cryptocurrency trading will soon become mainstream and we will see more people investing in cryptocurrencies.

If you’re looking for ways to boost your income outside of your 9 to 5, then there could always be a chance that crypto investment could be just what you need. There are trading systems that can help you out as well. Cryptocurrency trading is a lucrative way to make money. Some people use it as a way to generate passive income and others use it as a way to trade for profit. But it’s so important to keep in mind that you shouldn’t expect to get rich quickly from this.

Also, the cryptocurrency industry is not regulated by any central authority so people who are new or don’t know what they’re doing should be careful when investing their hard-earned money into cryptocurrency projects. There are some cryptocurrencies that are a total scam, there’s no denying that whatsoever. Make sure to do some extensive research before making any investments.

Cryptocurrency is Predicted to be the Future of Finance

The future of finance is not only about money but also about trust and transparency. Cryptocurrency is the new way to do business because it’s a decentralised currency without any central bank or financial institution that can be manipulated by governments or corporations. More businesses are opting into accepting this form of payment, thanks to this, the value of crypto has grown more in demand.

Adoption Will Be the Key to Successful Cryptocurrency Investing

The future of cryptocurrency investing is uncertain. However, the adoption of this technology will be the key to success. As cryptocurrency becomes more widely adopted, it will become easier for investors to make money in this market and gain long-term benefits. Platforms such as the Metaverse are already utilizing crypto for in-platform purchases.

Overall, while there are plenty of risks to investing in cryptocurrency, it does seem as if they just very well might in the future permanently. Just make sure before doing any sort of investing, you first begin by doing some extensive research.

To be a successful real estate investor, you need more than just cash. There are many things that go … END_OF_DOCUMENT_TOKEN_TO_BE_REPLACED

The average electricity rate in the U.S. was 13.01 cents per kilowatt-hour in December of 2019, … END_OF_DOCUMENT_TOKEN_TO_BE_REPLACED

As a business owner, there’s a lot that you have to be prepared for a lot of fires you have to put … END_OF_DOCUMENT_TOKEN_TO_BE_REPLACED

If you are at the start of your entrepreneurial journey, the chances are you are currently focusing … END_OF_DOCUMENT_TOKEN_TO_BE_REPLACED

Over 106 million people use crypto. Are you one of them? If so and you've decided to finally invest … END_OF_DOCUMENT_TOKEN_TO_BE_REPLACED