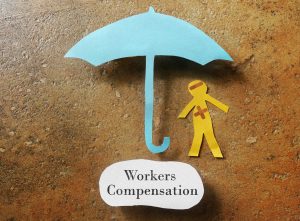 What has changed, however, is the number of fatal occupational injuries.

So, it’s no wonder that the latest workers’ comp stats show a rise in the number of insured workers. However, not all these figures denote a positive change — some reveal an increase in denied claims.

Ready to learn about the most important workers’ compensation statistics? Then let’s get this list started!

1. Nine in 10 US Employees Have Workers’ Compensation

As of the latest reports (2017), over 140 million employees had some form of workers’ comp coverage. These employed individuals include both government and private workers. Their coverage is a mandate of either the state or the federal government.

During the same year, the country’s employed individuals numbered over 153 million. Doing the math, that means that workers’ comp provided coverage to over 90% of US employees.

However, the State of Texas still recommends employers to carry workers’ comp insurance. Otherwise, Texan employers leave themselves open to lawsuits filed against them by employees. That’s why even if it’s only “optional,” most employers in Texas choose to purchase workers’ comp.

3. Workers’ Comp Accounts for 1% of an Employee’s Compensation

In March 2020, employee compensation costs averaged $41.84 per hour across all sectors. These include civilian, private, and state and local government employees.

4. Motor Vehicle Crashes Are the Costliest Cause of Injury 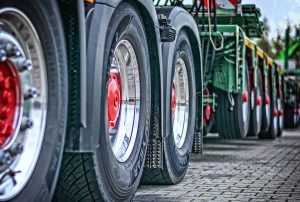 The National Safety Council compiled workers’ comp statistics for 2016 to 2017. According to the NSC, vehicle crashes during this period cost an average of $78,293 per claim.

Burns ranked second, with an average cost of $47,878. Slip or fall accidents were the third costliest cause of injury, averaging $46,592 per claim.

5. Amputation Is the Costliest Nature of Injury

The same NSC report showed that claims involving amputation in 2016 and 2017 had an average cost of $98,126. That’s almost $40,000 more than the cost of fracture, crush, or dislocation injuries. In any case, that makes amputations the costliest workers’ comp claims by nature of injury.

6. Underreporting Occurs in Seven of 10 Claims

Workers’ comp claim statistics show that under-recording occurs in 20% to 70% of cases. Such actions occur when an employer should have recorded an injury or illness but did not. It may also happen if the employer omitted any information about the case.

Under-reporting, on the other hand, involves the use of inaccurate information on reports. It can be entering a much lower number of injuries in work records. Employers may also under-report injuries or illnesses by making them seem less severe.

Can an insurer deny lost wages, extended medical treatment, or both? In some cases, they have shown to do so, such as if there are inaccurate or incomplete documents. They may also deny claims if the claimant failed to follow a doctor’s instructions.

That said, as many as 7% of claims filed for workers’ compensation in 2017 got rejected. While some of these are valid denials, many others were only in the hopes of lowering costs. However, employers and insurers ended up paying two in three of these refused claims.

In the same study of claims rejections, those who declined the claims at first ended up paying more. The payment for the initially-declined claims averaged $15,694. Those accepted from the get-go, on the other hand, only paid out an average of $10,153.

These four states include North Dakota, Ohio, Washington, and Wyoming. Puerto Rico and the US Virgin Islands also follow a monopolistic system for workers’ comp.

In these places, the state controls and funds workers’ compensation. That sounds great, but that also means that the state gets to choose who can provide coverage. The state can also determine which doctors the injured or ill workers can see.

10. Most States Impose a 2-Year Statute of Limitations

The term “statute of limitations” refers to the amount of time that a worker can file a workers’ comp claim. It’s much like an expiration date — a claim can only be “good” up until a specific time. Failure to meet this can result in a workers’ comp claim getting denied.

That said, at least 20 states set a deadline of at least two years for workers to file a claim. Alabama, Delaware, Iowa, Maine, Nebraska, and Oregon are just to name a few.

In other states, such as California, the law requires workers to file a claim within a year. Vermont and West Virginia have an even shorter deadline of six months.

There you have it, ten of the most important workers’ comp stats that you should know and care about. Especially the part about workers’ comp being a legal requirement. Unless you live in Texas, then your employer most likely should provide you with coverage.

Ready for more insurance or business-related guides like this? Then please feel free to check out the rest of the posts on this site!

Starting a food manufacturing factory can be an extremely daunting task. There are many things to … END_OF_DOCUMENT_TOKEN_TO_BE_REPLACED

If you want to maximize your real estate marketing, creating a social media presence is a great … END_OF_DOCUMENT_TOKEN_TO_BE_REPLACED

Taxes may be annoying, but it's far worse if you fail to report your rental income and get stuck … END_OF_DOCUMENT_TOKEN_TO_BE_REPLACED

Wondering about the types of home loans and what's available to you? According to CNBC, an … END_OF_DOCUMENT_TOKEN_TO_BE_REPLACED

Trade shows can be a great way to market your business and get in front of potential customers. … END_OF_DOCUMENT_TOKEN_TO_BE_REPLACED