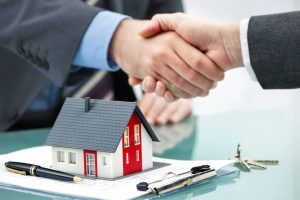 If you’re considering taking out debt, you may have heard of some of the popular rules of thumb regarding how much debt is reasonable for the average person. The most popular rule of thumb deals with mortgage debt and total debt levels, although there are also rules of thumb for auto loan debt and student loan debt, as well. That said, I believe these rules of thumb are flawed for quite a few reasons. Let’s take a look at the rules of thumb. Then I’ll tell you why I think they’re not good for everyone.

The most often quoted rule of thumb regards mortgage debt. It says you shouldn’t spend more than 28 percent of your gross income on housing expenses. Most lenders consider basic housing expenses to include mortgage payments, homeowners insurance, property taxes and HOA fees.

These rules of thumb continue to be repeated as they are common standards for many mortgages.

Auto loan rules of thumb aren’t as common as they are with mortgages. After all, banks will lend you an absurd amount of money to buy a car these days. That said, this rule of thumb gives you a better chance of taking out an appropriate sized auto loan. The rule states you should put a 20 percent down payment on your vehicle, finance for four years or less and your monthly payment should not exceed 10 percent of your gross income.

The most commonly cited rule is simple. It states you shouldn’t take out more in student loans than the salary you anticipate in your first year out of school.

Why These Rules of Thumb Aren’t Great 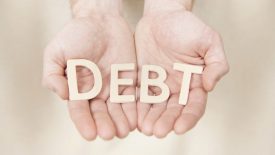 Many people use rules of thumb as an excuse to spend the maximum amount possible. The rules of thumb above say you shouldn’t have more than the debt quoted. What many people miss is they don’t say you have to hit that limit. We all have multiple expenses fighting for each dollar we bring home. We’re supposed to save for our future and invest for retirement, too. It’s easy to see how quickly your paycheck gets gobbled up. These rules of thumb may be one of the culprits.

Here are some specific thoughts on why the above rules of thumb are often misleading.

Instead, you easily lose 10 percent or more to the above deductions. Often, you lose much more. Just Social Security and Medicare taxes eat up 7.65 percent of your paycheck. Add in federal and state taxes, along with health care deductions, and you could easily see 20 percent or more of your gross income disappearing before you hit your take home pay.

That only leaves 22 percent of your gross income for everything else. You’d have to pay for food, utilities, household items, daycare, auto insurance, vacations, entertainment, clothing and healthcare costs using that 22 percent. I don’t know about you, but just 22 percent of your income to cover all of these expenses seems low.

Not Everyone Has the Same Income

Ratios are great for rules of thumb, but when you apply them to real life situations, you can quickly see issues with them. Even if you do decide to stick with gross income rather than take home pay when making calculations, the amounts you can spend vary wildly based on the income you earn. Let’s compare two salaries at either end of the income spectrum. They you can see how different the results are.

Bob can spend $300 per month on a car loan using 10 percent of his gross income, $990 per month for housing expenses and $394 per month on student loan payments based on $36,000 of student loan debt repaid over 10 years at a 5.7 percent interest rate. He’ll have just $1,316 left over for all other expenses. Bob will be living on an extremely tight budget with the debt he incurs.

Paul can spend $1,500 per month on a car loan using just 10 percent of his gross income, $4,950 on total housing expenses as well as $1,971 per month on student loan payments based on $180,000 of student loan debt repaid over 10 years at a 5.7 percent interest rate. He’ll have $6,579 left over each month for all other expenses, which should give him enough room to live a comfortable life. As you can see, Paul can spend much more due to his larger income. He also has a lot more money left over to spend on other necessities.

These rules of thumb seem ridiculous when you’re at higher income levels. Honestly, no one needs a $1,500 per month car payment or a $4,950 per month mortgage payment. Paul could buy an $83,000 car if he made the suggested 20 percent down payment and a four year loan at 3.11 percent interest. He could also take out a $1,036,000 mortgage at a four percent interest rate using 33 percent of his income for his mortgage payment.

These amounts are absurd for the average family. Imagine if Paul cut his debt in half. That’d give Paul even more money to spend on other expenses or to save for his future.

At lower income levels, it’s easy to see how people struggle to get by. Bob’s car payment limits him to a $16,875 using the same methodology. An almost $17,000 car gives you plenty of options, but if you have a large family it’d be harder to find a super reliable large SUV or minivan at this price. Bob could take out a mortgage for $208,000 using the same methodology. However, property taxes, insurance and HOA fees could easily add up to $300 or more per month, leaving him with only a $144,000 mortgage.

These amounts seem reasonable until you go back and realize these are absolute maximums. If Bob wants a more reasonable debt level, he’d have to cut these numbers down by at least a third or half. Then you see how hard it’d be to survive on a $36,000 income, especially in high cost of living areas.

What If Your Income Changes?

The rules of thumb are all based on your income. What happens if your income decreases, or in the case of student loan debt never becomes a reality? You’re in big trouble. You’ll have to allocate even more of your income to repay debts you can no longer afford.

When it comes to student loan debt, be realistic with the income you expect to earn after you graduate. Stick with the lower end of the estimates you’ve researched just to be safe. Of course, you should aim to take as little student loan debt out as possible. 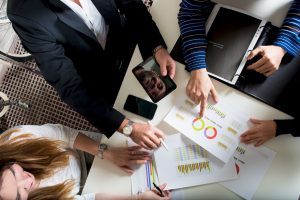 If you ask me, taking out less debt is always better than taking our more debt. These rules all tell you the maximum amount of debt you can take out, but none mention you should take out as little debt as you can afford. Why?

The mortgage rule of thumb was made by banks which profit from the interest payments on your debt. The car and student loan rules of thumb are more common sense than rules used by banks. Even with that being the case, I personally would rather pay for all of my cars in cash and highly stress minimizing student loan debt after helping my wife pay off $80,000 of her student loan debt over three years. No one needs to go through that pain.

Rules of thumb have their place. They’re a starting point, not the solution, to your money questions. Once you’ve looked up the rule of thumb, see how it would apply to your finances and make the decision that makes sense for you and your family.

Don’t make the decision that benefits the banks.

As a business owner, profits are extremely important but on top of that, you want your employees to … END_OF_DOCUMENT_TOKEN_TO_BE_REPLACED

If you're looking to open your own hotel, you've come to the right place. This blog post will … END_OF_DOCUMENT_TOKEN_TO_BE_REPLACED

Working in the chemical industry can be a dangerous job. There are many risks involved with working … END_OF_DOCUMENT_TOKEN_TO_BE_REPLACED

Disruptions to your business can come in all shapes and sizes. Sometimes, they are relatively minor … END_OF_DOCUMENT_TOKEN_TO_BE_REPLACED

Things have changed since the old days of business. In the old days, everything was done manually, … END_OF_DOCUMENT_TOKEN_TO_BE_REPLACED